There are two tabs: multi rotors and fixed wings.

We could have build one ourselves but the goal was to be able to fly it during the summer so we decided to get a BNF version. 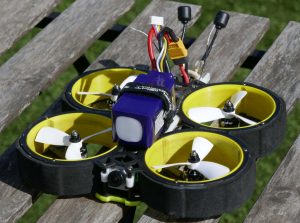 The first Mavic air is an awesome drone, it was so small it could be flown virtually anywhere while still providing decent video and photo quality.

Unfortunately we had to return it because of some issues with the remote control. Since the Mavic air 2 was coming soon it made sense to get it instead of a new Mavic air.

The video and photo quality is way better, however it is sad that DJI decided to remove lots of active track options (The drone can’t follow a subject in front of him, active track doesn’t allow to record videos at 60FPS etc.)

Our latest drone, the dD Hex 17 is based on a Tarot T960 hexacopter frame with six 17 inches propellers.

The purpose of this drone is to be used as our main working tool for aerial imagery or any other aerial uses. Our custom camera support makes easy to change the gimbal or other tool quickly. 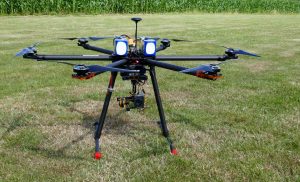 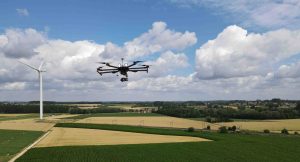 This drone based on a Tarot XS690 frame was designed to be our new 20 inches quad copter however the diameter of the arms is too small which resulted in too much vibrations.

The length of the arms and the size of the propellers have been reduced to 18 inches so it replaces our previous dD Quad 18 model below with a much better look and more room for the camera.

The drone is now used as our main working tool for smaller payloads or when we need a smaller drone than the dD Hex 17.

The features are the same as our dD Hex 17; On the picture you can see the 3km range version. 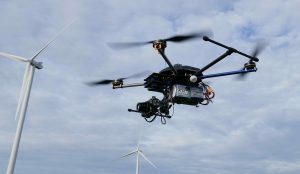 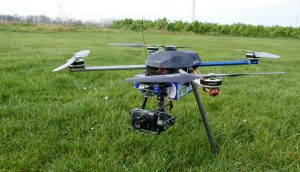 The dD trifecta was an attempt to build a drone racer using ardupilot (arducopter).

While the drone works fine it is not as “racing” oriented as racer drones using racing flight controllers.

Since it runs on APM with GPS it offer automatic missions and all other features offered by arducopter.

It has a small 433MHz telemetry radio and a Minim OSD to get the telemetry on the video feed. 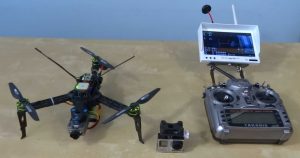 The dD Quad 18 was our first long range (10km) production model, there was a dD Quad 16 that you can see here but it has been dismantled. The main objective was to propose an affordable and reliable drone customizable by the customer.

The customer could choose himself in an excel file the features and see the price updated in real time.
Some of these features are

The self customization feature was removed because some components are changing too often depending on the availability but you may still find the excel file here if you want to start your own project.

Now this dD Quad 18 is used to make proof of concepts and testing new projects.

Here is a small movie showing how drones could be used a security devices featuring the dD Quad 18. 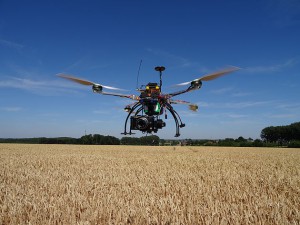 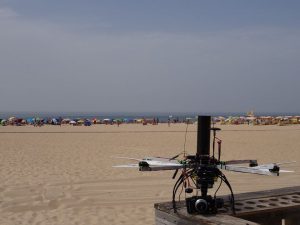 The first droneDyne multicopter based on ardupilot. It was mainly used to make aerial videos during my travels around the world. 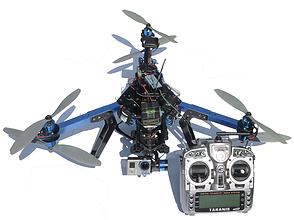 My first multicopter built in 2012, DJI just released the GPS module for the Naza controller.

This drone was used to make aerial videos during my travels before the 3DR Y6. It was difficult to travel with, especially by plane, I even made a video about that.

The countries we visited with it were South Africa, Cyprus and France. 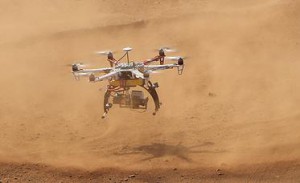 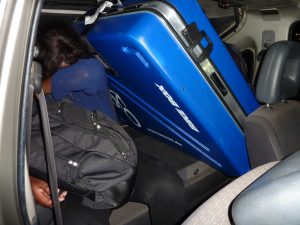 This is a basic Durafly Auto G2 from Hobbyking. I suppose it should be in this this tab instead of the fixed wing tab… 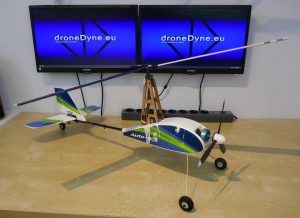 The dD Ranger 2000 is an autonomous glider running on ardupilot equipped with a digital DJI FPV system offering the best immersion possible.

The camera, a DJI air unit is in the nose of the plane right below the pitot tube (not visible from the camera). Since the motor is on the back, the view is totally unobstructed during the flight letting the pilot enjoy magnificent real time sceneries.

The telemetry is sent from the flight controller, a pixhawk 4 mini to the remote control, the DJI FPV goggles and a PC, tablet, smartphone etc. (optional). The pilot has all the information to soar without removing the DJI FPV goggles from take off to landing. 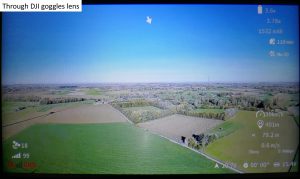 The Phoenix 1600 is an autonomous glider running on Pixhawk 4 mini from Holybro.

It has a small camera on its tail with a video emitter, the telemetry feeds is sent through the FrSky ling with the remote control and through a 433MHz sik radio connected to a PC or a smartphone. 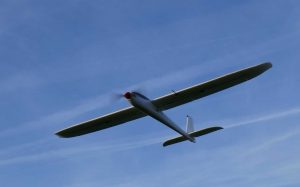 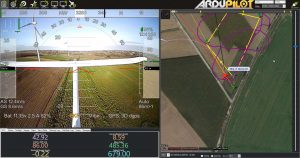 This plane was bought to pass the fixed wing pilot licence in Belgium. Unfortunately the rules kind of changed after it was bought and I had to use a Parrot disco instead.

To make it useful, a pixhawk was installed (the GPS is hidden in the frame) and also a “candy dropper”. Now it is an autonomous aerial candy dropper!

It is also a very nice plane for learners, thanks to the pixhawk and the fence feature, anyone can try to fly it without any risk of crash!

Another interesting aspect of this build is the automatic flaps managed by ardupilot. 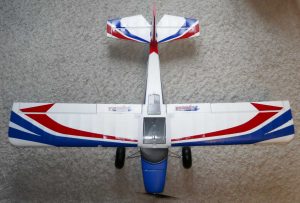 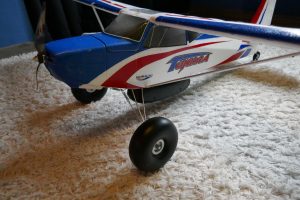 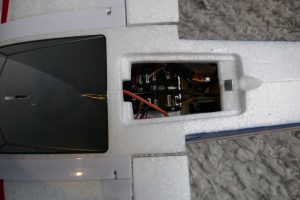 A Parrot disco connected to an FrSky XSR receiver.

This was used to get some training in order to pass the fixed wing Belgian pilot licence. 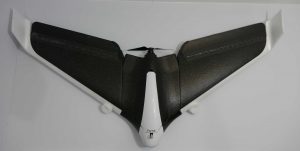 This is a cheap mini 3D plane that comes with its own “toy” remote control.

It flies surprisingly well and is quite nice to learn acrobatic flying for cheap. 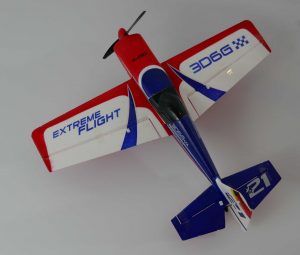 My very first RC plane was a minimag. I bought one in 2008 with a 35MHz remote control.

After years of experiments and crashes, I gave it to someone who wanted to learn to fly an RC plane. On the first two pictures you can see my minimag from 2008 where I put an extra battery and a video emitter for my first attempt at FPV. Remember that at the time, drones and flight controllers were non existent. It was very difficult to make an FPV setup since the video emitters and antennas you could find back then were not really good…

Anyway, during summer 2019 I was flying my Tundra (see above) and an old person came to me and told me that he had four minimags. He proposed to give them to me because he was almost blind and couldn’t use them anymore.

I kept one for me and gave the others. On the picture below is minimag I kept. 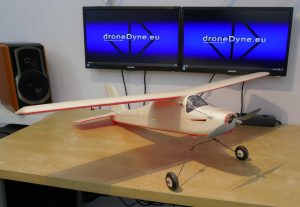 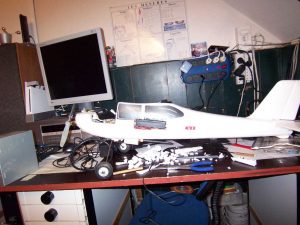 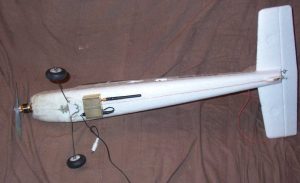 This was our first ardupilot built, it even precedes the 3DR Y6. It runs on an ardupilot 2.5 board and is designed to carry a GoPro 2 with video transmission for FPV.

After the failure of the minimag FPV (see above), I tried to make an autonomous Twinstar 2 which crashed so badly I couldn’t repair it (see on the right).

Finally the New Skywalker was my first success at designing a reliable FPV plane.

I tried to convert it into a solar plane (see video on the right) but the solar panels were too fragile and wouldn’t produce enough energy so I removed them.